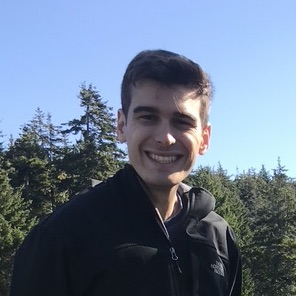 For the Compiling Techniques course at Edinburgh, I built a C to MIPS compiler using Java (in reality, it only supported a subset of C). This was broken down into a parser, AST builder, semantic analyzer and assembler. I also implemented a lot of tests for this, which ultimately helped a lot during development. I can share this upon request.

Somewhat related, I also built a tiny MIPS emulator, using test-driven development. It doesn’t implement the whole ISA, but it allows simple programs. I did this before the compiling techniques course, after being exposed to MIPS during my first year at university. Ultimately my goal was to use this to power a virtual world where you could write code in C, compile it into MIPS, and execute it (something like Screeps), but it turned out to be much harder than I anticipated: I was hoping to be able to use off-the-shelf compilers but the resulting binaries had much more than just the “code.” In retrospect, I could probably have just used the compiler I built sometime later.